After diamonds, a few gemstones remain some of the most popular among both jewelers and jewelry aficionados: sapphires, emeralds, and rubies. Each of these gemstones boasts its own history and lore.

The word sapphire conjures images of skies at dawn and dusk, deep ocean waters, and delicate flowers. The Roman author, naturalist and philosopher, Pliny the Elder, bestowed the name hyacinth upon the deep blue stone, and this name was later applied to the flower of similar color. It wasn't until the eighteenth century that the stone became known as sapphire. 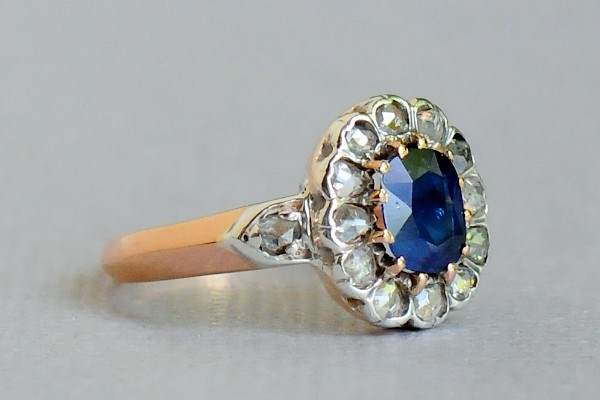 Although nearly two dozen countries produce sapphires, three of the best-known origins are Kashmir, Burma, and Sri Lanka. Kashmir, an area that straddles the northern borders of India and Pakistan, produces "cornflower" blue sapphires. The stones are an intense, medium-dark blue with a velvety appearance.

Burmese sapphires are a darker blue than those from Sri Lanka, which produces sapphires that are both lighter and brighter. Sri Lankan sapphires are called Ceylon sapphires because Sri Lanka was known as Ceylon until 1972. Regardless of the country of origin, sapphires have been a favorite gemstone of royalty and the general public alike for centuries.

In the Middle Ages, clergy wore sapphires as symbols of heaven. Many people emulated this practice, believing sapphires held the power to make peace between enemies, communicate with spirits, and could even preserve chastity.

The British have a long-running love affair with the beautiful blue gemstone. Several sapphires adorn the Imperial State Crown, which was created in 1937 for the coronation of King George VI. Most notable among them is The Stuart Sapphire, a 104-carat stone on the back of the crown's band. 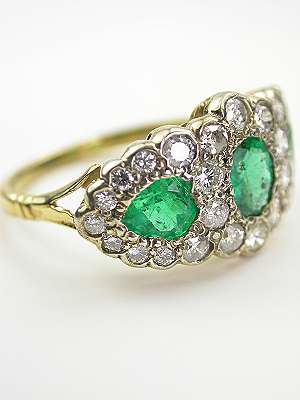 Emeralds have a legacy of violence, romance, and controversy. It is thought that emeralds originated in Egypt, from mines dating back as far as 2000 B.C.E.

Emerald engagement rings became popular because they were thought to promote fertility. Scholars wore emeralds to strengthen their memory and become more eloquent. In fact, today, the color green is recommended as an office color to enhance creative performance, and to promote innovation.

In the sixteenth century, violence became part of the emerald's history when Spanish conquistadors looted thousands of emeralds from deposits in South America, most of them in Colombia. From that time forward, royalty in numerous countries looked to South America for a supply of beautiful emerald stones to adorn their rings, necklaces, bracelets and crowns. 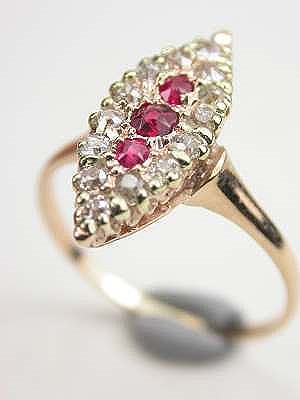 Rubies evoke emotional images of passion, romance, blood, and power. Like sapphires, rubies originate from the rock-forming mineral corundum. Whether the corundum results in a red or blue stone depends on the presence of chromium, or titanium and iron, respectively. The ruby's coveted red hues range from medium-red, to dark orange-red, to purplish red.

Ruby mines in Burma (now called Myanmar) date back to at least 600 C.E. Burmese warriors believed the gemstones would make them invincible. However, rather than simply wearing the stones, they would insert them under their flesh, making them permanent parts of their bodies. People in India also endowed the ruby with mystical powers, believing that the stones would allow those who wore them to be at peace among their enemies.