Sapphires symbolize faithfulness, sincerity, and nobility. It is this symbolism that has made sapphire engagement rings a popular choice for centuries. 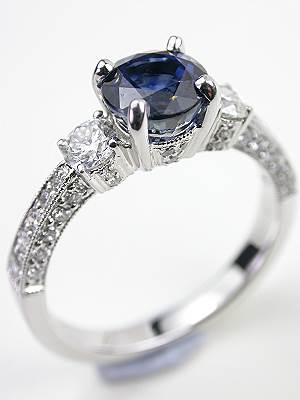 Sapphires are found in several locations around the world. Burma, Sri Lanka, and the Kashmir region, which covers parts of Pakistan, India, and China, are where most sapphires come from. However, Montana in the United States has been a prolific source of the stones as well.

Sapphires are often found in the same mines as rubies because both gemstones are formed from the mineral corundum. Synthetic corundum is easily created and makes affordable, very convincing substitutes for the natural gemstones.

The word sapphire comes from the Latin sapphirus and the Greek sappheiros, both meaning blue. Yet the stone occurs in many colors, including yellow, pink, green, orange, white, purple, and even black. These other colors are usually referred to as fancy sapphires. 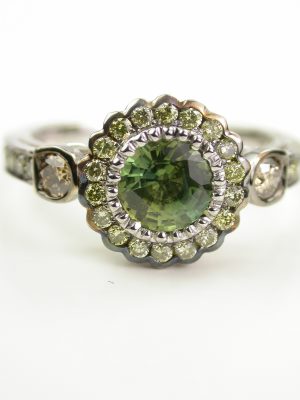 One type of sapphire called padparadscha (meaning lotus flower) is a rare, brilliant, pink-orange color. Some sapphires even change colors, usually from bright blue to purple, depending upon lighting.

Gemstones have held significance to all kinds of people throughout history, some based in science, some in history, and some in religion. For example, in certain spiritual practices, the sapphire is believed to open the third eye chakra and throat chakra, aiding in one's understanding of self.

Sapphires have also been associated with royalty for centuries. Ancient Greek and Roman royalty believed that sapphires protected them from harm. The Greeks wore sapphires when consulting the oracle at Delphi, believing it would aid them in understanding what the oracle told them. 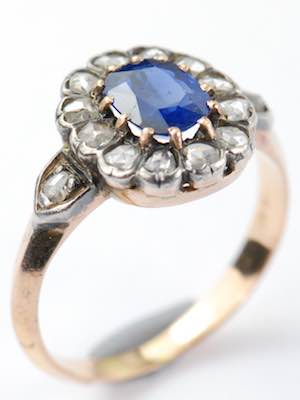 Biblical references to sapphires abound. The sapphire was one of the stones in the Issachar tribe's high priest's breastplate. King Solomon's ring contained a sapphire. The throne of God is even described as being the color of sapphire.

Blue sapphire is sometimes used in literature as a metaphor for heaven. It was worn by clergy in the Middle Ages who believed it to bring blessings and protect chastity. As most clergy took a vow of celibacy during this era, they may have believed wearing a sapphire would help strengthen their vows.

Helen of Troy is said to have worn a large sapphire. She believed the stone made her more desirable. Hers was a star sapphire, a stone that contains rays forming an asterism. Some people even believe that star sapphires have enhanced properties beyond a standard sapphire.

Shop our selection of sapphire engagement rings to find your own little piece of heaven.